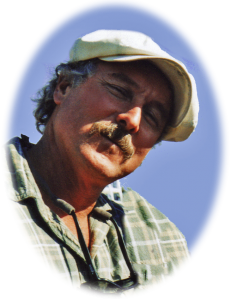 Captain Joe, fearless leader, navigator, chief engineer, dad, and weather guru, is also the grand visionary of the ship. After earning a doctorate degree in dentistry from UCLA in 1971, he worked as the assistant director of the dental clinic at the LBJ Memorial Hospital in American Samoa in 1974. While there, he first met the Whiting family who had stopped in Pago Pago on their way sailing north from New Zealand. He fell in love with their boat, Tequila, designed by the late Paul Whiting for his father, D'arcy to sail in the Sydney-Hobart race of 1972. Joe also decided, pretty much right then and there, that he preferred being outdoors and building large projects (like boats and houses) as opposed to the miniature building projects that dentistry entails. Thus began his dream and vision to build his own boat, like Tequila, and eventually go blue water sailing himself.

Adventure open ocean sailing was a natural progression for Joe. By the time he was working in Samoa, he had already spent nearly twenty years of his life as a seriously passionate rock climber, completing early first and second ascents in Yosemite with other pioneering and well-known rock climbers from Yosemite history during the 50s and 60s. Just before taking the job in Samoa, Joe had been a member of a climbing expedition to a remote region of the Hindu Kush range in the province of Nuristan, Afghanistan. As one of the first two climbing rangers in Yosemite, his well-honed sense of safe, methodical procedure and calculated risk-taking were naturally transferable and valuable blue water sailing skills.

Joe has a wide variety of other interests, but his ongoing passions include weather and meteorology, Japanese architecture and gardening, exotic, tropical, and succulent/cactus gardening, history, ocean kayaking, photography, and adventure travel. A voracious reader, he will gladly consume several gnarly books a week while on board the boat. He is a frequent contributor of historical climbing photos, stories and humor to the climbing forum on the website SuperTopo, and with Nancy, he continues to manage and expand the family business at PatentWear.com.

[Below, Captain Joe receives early navigational advice from the Admiral (Kali at 10 months old) while sailing to Bora Bora (in the background), 1989.]

Nancy, galley slave, mom, and tech support is primarily responsible for provisioning and the majority of the cooking (except, curiously, never breakfast), especially while under sail on long passages. She is also the on-board licensed ham radio operator, call sign N6HXA, who files Shanachie’s position reports via YOTREPS utilizing Winlink when the boat is on the move.

Nancy met Joe during one of Shanachie’s initial construction phases shortly after the hull had been flipped right side up (see Building: 1979-1981). Having no idea "where boats come from" at the time, the scale of the project was beyond her scope of experience. With an innately curious and adventurous spirit, she quickly learned—and came to love—sailing and the self-sufficient, independent cruising lifestyle.

She is a certified advanced open-water SCUBA diver, and was an avid beach volleyball player for many years before undergoing spine fusion surgery. Recovery was eventually 100% and she did set sail again (see Sailing 2: 2004-05) nine months later, but the experience of relearning to walk somewhat cooled the passion for throwing herself around a sand volleyball court in pursuit of flying volleyballs (although her enthusiasm as a devoted fan of others doing so remains strong).

Having studied classical piano for more than twenty years of earlier life (with a love/hate practicing relationship), she does miss the opportunity to keep it up while sailing. Learning to play more portable instruments, especially the ukulele, has been an enjoyable alternative—as long as she never has to sing solo.

Currently, Nancy's interests outside of work as a graphic design & production specialist (view her graphics portfolio at nmckeown.com) include learning watercolor painting, pine needle basket making (her author's website is at nancymckeown.com), and acquiring as much web development (coding) knowledge as she can. She and Joe, together with Kali (when she’s not running rivers) continue to manage the online family business at PatentWear.com.

Her 700-page collected recipes book is available at this link for purchase or, as a free PDF download:

Here are a couple of FREE PDF downloads, designed by Nancy to make life on board a boat just a little bit easier:

Sewing Pattern for a Binnacle Storage Pouch (A handy pattern to make your own storage pouch for binnoculars, sun screen, etc.—it hangs from a standard binnacle).

Kali is our Admiral, primarily in charge of activities: group recreation and entertainment decisions are ultimately hers (when she's on board!). A life-long watergirl, Kali earned her basic open-water SCUBA certification at age 15, and has since progressed to Rescue Diver certification. She loves to surf, run rivers, and SCUBA dive with both snowboarding and sailing at the top of her favorites list, too (though we tend to avoid sailing anywhere there might be enough snow for boarding). Kite boarding is her latest passion, along with paddling outrigger canoes.

Kali was born in Santa Cruz, California, but at 4 months old, she returned with her parents to Shanachie and lived aboard the boat anchored off the island of Huahine in French Polynesia, while her dad managed a hotel building project there. She later sailed throughout the San Juan Islands in Washington, and off Vancouver Island, British Columbia, until, when Kali was 3, Shanachie was sold in Seattle. (See Building 2: 1998-00 for more details on that!)

While growing up in Santa Cruz, Kali was an active Junior Lifeguard in the city's summer recreation program, having begun her long Junior Guard career on her 6th birthday; she was chosen to receive the coveted Most Outstanding Junior Guard Girl award twice. She was also an actively involved player on various traveling soccer and club volleyball teams. Some of her fondest childhood memories remain the annual private whitewater rafting and kayaking trips she enjoyed together with her family and good adventurous friends on the Salmon (Idaho), Green (Utah), and San Juan Rivers (New Mexico/Utah).

Kali spent most of her junior year in high school sailing over 7,000 miles on Shanachie with her parental units, from Santa Cruz to French Polynesia. She carried a full class load through Laurel Springs School, an accredited distance learning program with the flexibility and the curriculum to handle the exotic schedule and the college aspirations of a blue water sailing teenager.

An accomplished volleyball athlete (awards included MVP, All-League Senior Player of the Year and All-League Junior Player of the Year in high school), she was recruited to join the UCSC Women's Volleyball team as an outside hitter... becoming a mighty Fighting Banana Slug. However, after one season, she made the difficult decision to discontinue playing volleyball for the Slugs. She continued to play doubles beach volleyball though, and at her first CBVA tournament in April 2008, earned her A-Rating, and an AA-Rating in May 2010.

After graduation, she worked as Chief Archivist on a feature-length film project, while continuing pursuit of the sports she loves. In 2011, she began her seasonal career as a professional River Guide on California‘s Kings River for Zephyr Whitewater Expeditions. She has since worked as a river guide for Denali Raft Adventures in Alaska, and as an ocean kayak tour guide in Hawaii. While living in Kailua, Hawaii, Kali enjoyed competing as a member of the Kailua Canoe Club outrigger team, and was instrumental in the launch of a new kite boarding enterprise there as well.